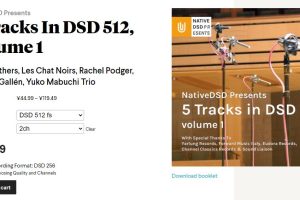 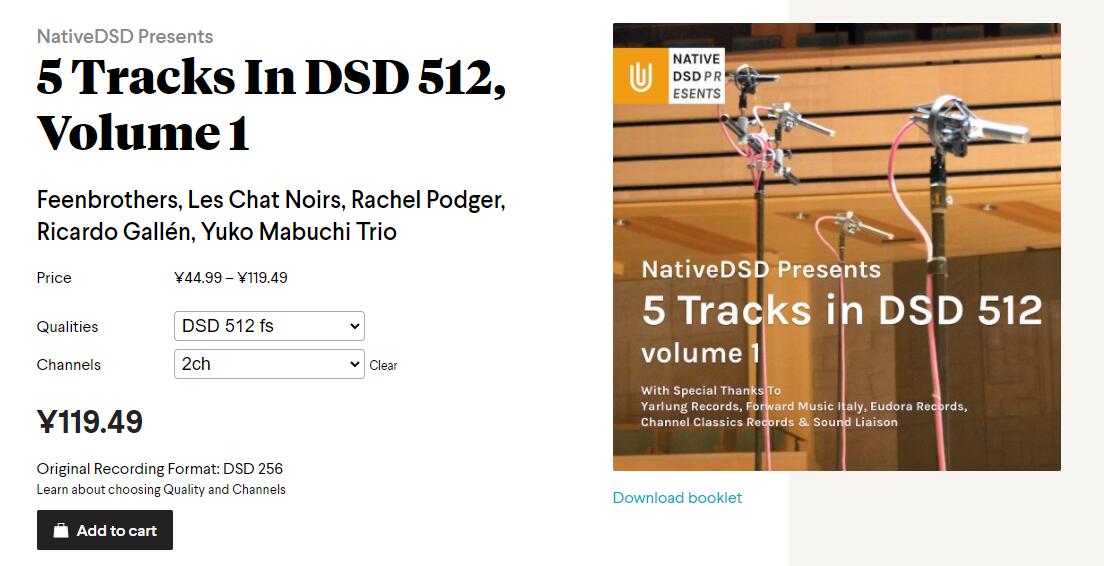 We are pleased to announce the availability of Native DSD Presents 5 Tracks in DSD 512. The album brings you some of the highest quality DSD 256 stereo recordings from the NativeDSD Music catalog in DSD 512 stereo.

Included in this collection are performances by Les Chats Noirs, Yuko Mabuchi Trio with JJ Kirkpatrick, Rachel Podger with Brecon Baroque, Ricardo Gallen, and the Feenbrothers.  The music covers a variety of styles and genres including French Vocal and Chanson, Jazz, Classical Ensemble, and Guitar.

These higher bit rate DSD 512 tracks are all pure DSD created. They are not up samplings, for there are no PCM or DXD conversions involved in their production. They are re-modulations of the original DSD 256 encoding modulation that produced the DSD 256 releases. The sonic advantage to these new Stereo DSD 512 releases, as with all higher DSD bit rate releases, is the wider frequency passband prior to the onset of modulation noise. This results in the listener’s DAC using gentler and more phase linear filters for playback of the music.

The resulting DSD 512 music files were monitored with a DSD 512 Stereo system that included HiFiMan HE-1000 Stereo Headphones with Lazuli HF Headphone Cables by Dana Cable and the iFi Audio iDSD Micro Black Label Headphone Amp and DAC (available for purchase at the NativeDSD Gear Store).

We want to thank Forward Music Italy, Yarlung Artists, Channel Classics, Eudora, and Sound Liaison for their participation in this project.